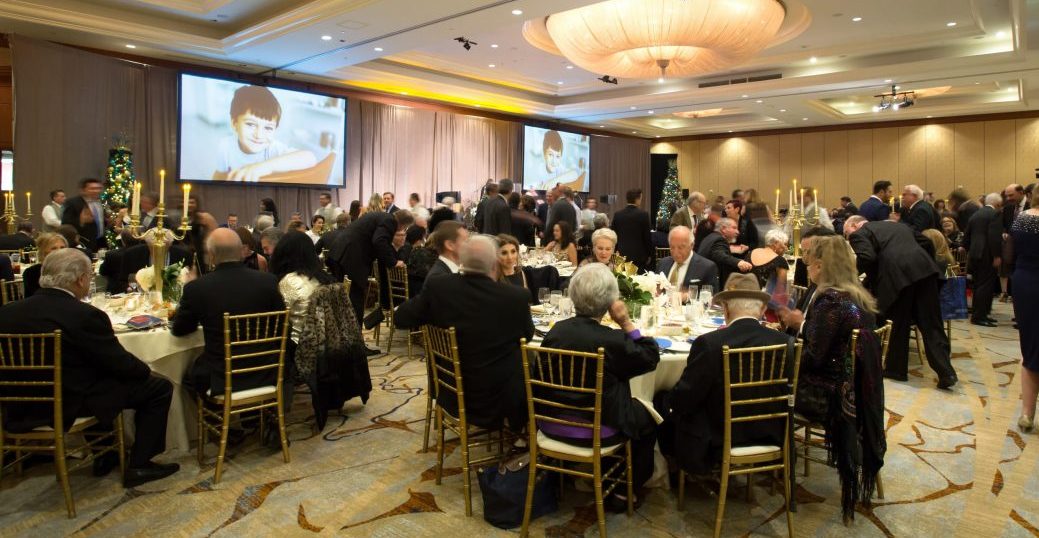 “You are not only helping those in Armenia, you are helping the world,” Armenian EyeCare Project (AECP) Founder and President Dr. Roger V. Ohanesian said as he addressed the crowd of nearly 300 guests at the AECP’s Annual Gala on November 23.

Amidst flowing cocktails, a five-course dinner and elegant décor, hundreds of donors and friends of the EyeCare Project gathered at the beautiful Balboa Bay Resort in Newport Beach to support and celebrate the organization on another momentous year. Mr. Mark Roopenian, Senior Managing Director at DivcoWest Real Estate Investments in Boston and former Buffalo Bills NFL player, charmed the crowd as the Master of Ceremonies for the evening with his witty one-liners and thoughtful anecdotes about a recent trip to Armenia with the AECP. As well, Glaukos, a company that has been supporting the EyeCare Project for decades, was the evening’s honoree.

With excellent live music from the extremely talented Hosharian Brothers Band, exciting Live and Silent Auctions with opportunities to win great items like all-inclusive trips, dining certificates, fine wine and more all for a great cause and even a “Champagne Girl” who strolled around in a large dress that dispensed glasses of bubbly champagne, the night was filled with both fun and meaningful moments.

Big Accomplishments and a Great Loss

During the evening, Dr. Ohanesian touched on the AECP’s biggest accomplishments throughout the year. This included the launch of the organization’s Next Generation Fellowship Program, an extension of the AECP’s Fellowship Program, which now gives Armenia’s second generation of ophthalmologists the same opportunity to receive advanced medical education and training in their specialty as the Fellows before them through fellowships in the U.S. 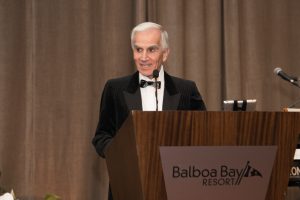 Learning early on that training Armenia’s physicians and medical personnel is the way to foster true advancement in the health care sector in Armenia, the AECP has prioritized medical education and training of Armenia’s local medical staff from the beginning. With the NextGen Fellowship Program, six top-performing physicians from Armenia will soon be traveling to America to study at some of the best-known medical centers in the U.S., which include the UCLA Jules Stein Eye Institute, Children’s Hospital Los Angeles, Massachusetts Eye & Ear, Wills Eye Hospital and more.

These Armenian eye doctors will spend between three to six months in the U.S. learning and receiving surgical training in their specialties before returning to Armenia, where they will have clinics outfitted with the same cutting-edge medical equipment and resources as those they worked with during their fellowships in the U.S.

“It is our best hope that continuing this tradition of bringing over our colleagues from Armenia for a strong educational endeavor will keep their department at the top of their abilities and stay the model of ophthalmology in the Caucasus and elsewhere,” Dr. Ohanesian said. 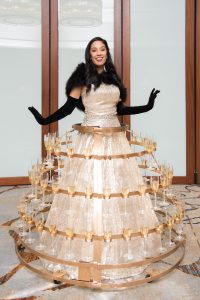 The dazzling “Champagne Dress” was a hit with guests!

Also mentioned at the AECP Gala was the organization’s newly launched, large-scale School Screening Program in partnership with Children’s Hospital Los Angeles (CHLA.) Dr. Thomas Lee, Director of The Vision Center at CHLA and a dear friend of the AECP, was in attendance at the Gala and spoke to guests about the innovative new program. Using cutting-edge equipment and highly trained staff, the goal of this program is to screen every school-aged child in Armenia. The purpose is to detect eye diseases found among these children early on in order to save them from severe vision impairment and possible blindness. This is yet another tell-tale sign that preventative care has become a priority in Armenia.

Among the AECP’s many accomplishments throughout the year was, however, one great loss to the organization that was spoken of at the Gala – the passing of the EyeCare Project’s beloved Executive Director, Leslie Newquist, who worked tirelessly for the organization for 17 years. Dr. Ohanesian spoke of Leslie and the incredible work she did for the EyeCare Project for nearly two decades, physicians and staff of the AECP shared memories about Leslie in a tribute video shown at the event and the entire audience of donors and friends toasted to Leslie in thoughtful memory.

A Model for Other Countries

But perhaps the most impactful moment of the night was the uplifting report that Armenia is now becoming a model of how eye care should be administered in other developing countries. Dr. Ohanesian shared that ophthalmologists and other medical staff in Armenia, as well as the Armenian EyeCare Project office, are being asked by physicians from various developing countries to visit their countries to showcase how a similar and effective eye care program can be developed there. 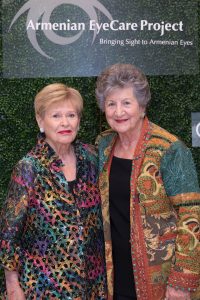 Among many requests from different countries to share with them the approaches and techniques that the AECP is using to establish and sustain eye care and healthcare related programs and projects in Armenia are those from Central Asian and African countries, Armenia’s nearby and far-away neighbors. Inquiries and requests relate to programs like the AECP’s Center of Excellence for the Prevention of Childhood Blindness, which aims to prevent childhood blindness caused by retinopathy of prematurity and other eye diseases found in infants and children; the AECP’s Diabetes Program, which helps to prevent and treat diabetes-related eye disease in patients with diabetes; and the AECP’s Mobile Eye Hospital, which travels throughout Armenia to offer care to the country’s most vulnerable citizens who live in remote regions.

Thus far, AECP’s In-Country Director Nune Yeghiazaryan has already traveled to Uzbekistan and Georgia at the countries’ invitations to help in developing projects similar to what the Armenian EyeCare Project does in Armenia as well as to train their specialists. The AECP’s focus on various patient care programs, medical education and training, public education and more are utilized to create a cohesive eye care delivery system that works countrywide.

The AECP was also recently approached by the organization, “Traveling Doctors of Armenia”, to help establish a similar project in African countries, beginning with Kenya. The organization and the winner of the 2017 Aurora Prize, Dr. Tom Catena, was particularly interested in the AECP’s Mobile Eye Hospital that was conceived and produced nearly 20 years ago and has made eight full trips throughout Armenia offering eye care in its cutting-edge, surgical suite on wheels since its inception. 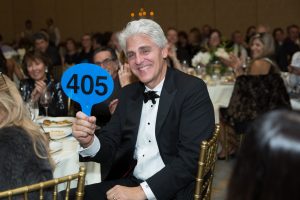 Even our Master of Ceremonies, Mark Roopenian, participated in the Live Auction with a very generous bid!

“This is medical diplomacy – and it’s working,” Dr. Ohanesian said. “Our donors should be proud of what they have done to improve conditions not only in Armenia but through extension, the rest of the developing world.”

With a pleasant and purposeful night at its Annual Gala, the Armenian EyeCare Project turns the page on another notable year for the organization with much to look forward to in 2020 – a significant year and number in ophthalmology – and for many years beyond!