We are proud to report that, despite the challenges of 2020, the Armenian EyeCare Project was able to open our fifth Regional Eye Center in Armenia last fall! Located in the city of Yeghegnadzor in the Vayots Dzor province, the Vahakn Aglamishian AECP Regional Eye Center was opened in October 2020 and brings eye care to the thousands of Armenians living in the region.

The Armenian EyeCare Project began our initiative to develop Regional Eye Centers throughout Armenia in 2015 when we launched our Five-for-Five campaign – developing five Regional Eye Centers for $5 million in five years. The centers would be established in regions throughout Armenia where they were needed most based on population and need of care. 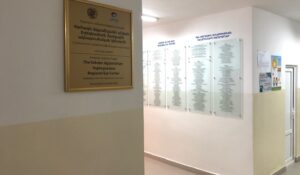 With the fifth clinic – the Vahakn Aglamishian AECP Regional Eye Center – now open in Yeghegnadzor, we are thrilled we were able to keep our promise to Armenia and develop five Regional Eye Centers in five years – bringing eye care to hundreds of thousands of Armenians across the country who otherwise would not have quick and easy access to this care. It is a milestone we were unsure we could accomplish due to the coronavirus and recent war in the region, but we worked through these challenges in the name of bringing eye care to the many Armenians who were counting on us for this care. 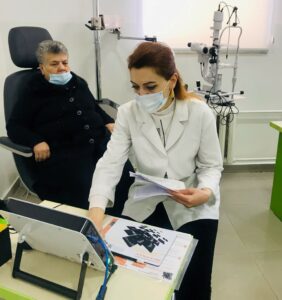 In January, AECP Country Director Nune Yeghiazaryan and AECP Operations Director Varvara Kalashyan visited the Yeghegnadzor center and met with the governor of the Vayots Dzor province, Ararat Grigoryan. During the meeting, Yeghiazaryan spoke of our Regional Eye Centers program and why it was established.

“The Regional Eye Centers program was created to enhance sustainable access to quality eye care for the population in the regions of Armenia and to revitalize the regional eye care system through the establishment and continuous operation of secondary level eye centers in five regions throughout the country,” Yeghiazaryan said. “Through the years, these clinics – furnished with the most up-to-date medical equipment – provide free eye care services to the socially vulnerable and offer paid services to those who can afford treatment thus securing larger access for patients and sustainability of the centers.” 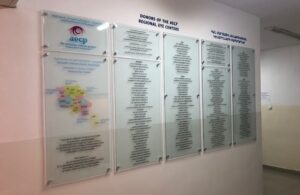 Mr. Grigoryan praised the AECP’s initiative to establish an ophthalmological center in the Vayots Dzor province and to train local medical staff in the region to provide high-quality eye care services to the region’s residents. Most recently, Chief Surgeon and Medical Director of the AECP Mobile Eye Hospital, Dr. Asatur Hovsepyan, visited the Yeghegnadzor clinic to train and discuss cases with local ophthalmologist Dr. Iveta Shirinyan. Our AECP-trained physicians continue to train local doctors and staff in the regions to ensure that the highest quality of medical services are being provided in the Regional Eye Centers.