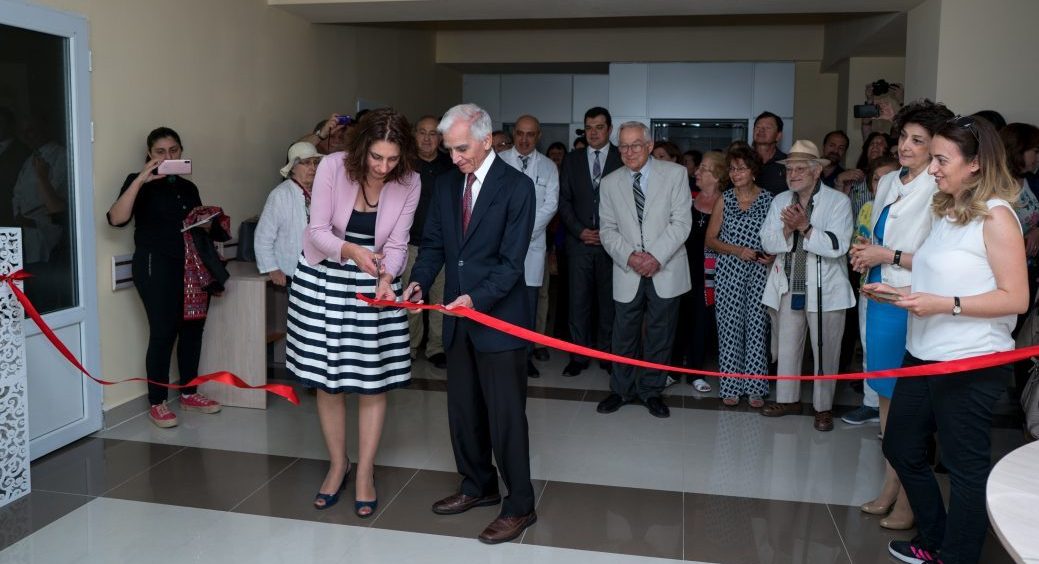 This latest clinic, made possible by the generous donation of Mr. Luther Khachigian, is the fourth Regional Eye Center developed by the EyeCare Project in Armenia and the first state-of-the-art eye clinic located in Gyumri, the second-largest city in the country.

The Gyumri Center is a part of the EyeCare Project’s Five-for-Five campaign – developing five Regional Eye Centers throughout Armenia for $5 million in five years. It began due to an immense need for eye care facilities in areas outside of Armenia’s capital, where two-thirds of the country’s population lives.

“When I heard about the Five-for-Five campaign I knew I was going to help in some way and that I would probably sponsor a region,” Khachigian says. “The Project’s mission means a great deal to me. My concerns with blindness and eye care led me here.”

The centers enable the Project to achieve our mission of providing access to quality eye care for all Armenians. Locations for the centers are chosen based on where the greatest need and benefit for an on-the-ground facility is. 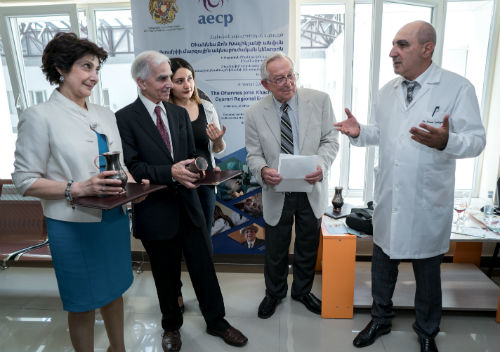 Launching the campaign in 2015, and now with the opening of this fourth clinic in Gyumri, the EyeCare Project is on track to reach its goal of developing five Regional Eye Centers throughout Armenia by 2020. 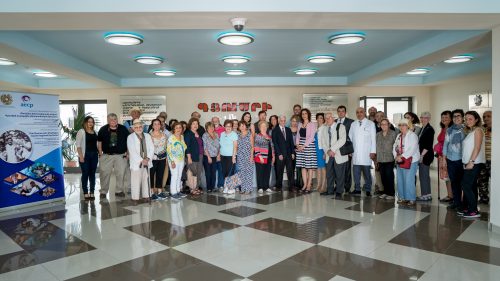 AECP donors and staff pose alongside local physicians and dignitaries inside the Gyumri Medical Center before entering the new eye clinic.

“This kind of donation is a priority because it is a lifelong, lasting gift,” said Mr. Vahe Khroyan at the Grand Opening of the Gyumri Regional Eye Center.

Khroyan, a supporter of the EyeCare Project and cousin of Luther Khachigian, attended the unveiling of the center while participating in our Donor Tour this fall. Surrounded by fellow donors, local physicians, dignitaries and AECP staff, Khroyan said a few words about Khachigian’s priceless contribution in helping bring cutting-edge eye care facilities to Armenia’s second-largest city.