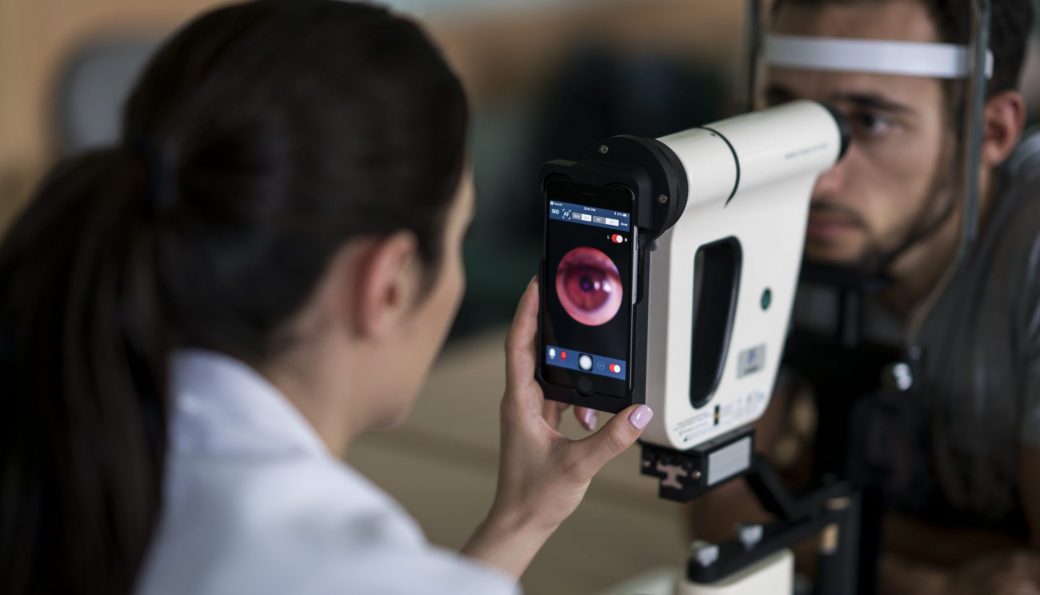 In cooperation with the World Diabetes Foundation and the Ministry of Health of Armenia, the Armenian EyeCare Project has implemented a nationwide screening program using state-of-the-art AI technology. About 350 patients have already received sight-saving treatment as a result of this nationwide initiative.

On this World Diabetes Day, November 14, 2019, the Armenian EyeCare Project (AECP) announces it has surpassed the milestone of screening 10,000 patients for diabetic retinopathy throughout Armenia utilizing the state-of-art EyeArt® AI Eye Screening System (Eyenuk, Inc., Los Angeles, USA). AECP thanks the World Diabetes Foundation (WDF) and the Ministry of Health of Armenia for their support in achieving this milestone.

Founded in 1992, the Armenian EyeCare Project is a nonprofit organization dedicated to eliminating preventable blindness in Armenia and making quality eye care accessible to every Armenian child and adult in the country.

During the last two years, in cooperation with the Ministry of Health of Armenia and with support from the WDF, AECP utilized the EyeArt system to screen over 10,000 patients using AI technology. As a result, approximately 1,000 patients were identified as having diabetic retinopathy. Approximately 350 of those who had vision-threatening diabetic retinopathy received sight-saving treatment soon after the diagnosis.

“Diabetic retinopathy is a silent, blinding disease. Most people with diabetes have no symptoms until their vision is irreversibly damaged. While annual ophthalmic screening is recommended for all people with diabetes, less than half get screened yearly, even in the developed world,” says Dr. Roger Ohanesian, MD, AECP Founder and President. “This milestone of 10,000 patients screened makes Armenia one of the leading countries in the world to have implemented cutting-edge AI technology to truly benefit patients in low resource settings.”

The Armenian government is implementing a strategy to prevent diabetes and improve care for diabetes patients. In support of this, our organization began rolling out the project “Preventing Blindness from Diabetic Retinopathy” in 2016. The project, which will bring diabetic retinopathy screening and care to 87 clinics across the country, is supported by the World Diabetes Foundation.

“The use of EyeArt in Armenia offers an intriguing real-world test of this technology in a low-resource setting,” said Leif Fenger Jensen, Managing Director of World Diabetes Foundation. “We applaud the vision exemplified by Dr. Ohanesian and the AECP organization in preserving vision for diabetes patients in Armenia, and we hope that medical breakthroughs such as AI medical diagnostics can help more diabetes patients around the world.”

The EyeArt System is developed by Eyenuk, Inc (Los Angeles, USA). It provides fully automated diabetic retinopathy screening, including imaging, grading, and reporting in a single visit, without the need for eye dilation. Shortly after photographing the retina and while the patient is still in clinic, a report is issued, which is used to determine whether the patient needs to be evaluated by a specialist right away for potential treatment or seen again in 12 months.