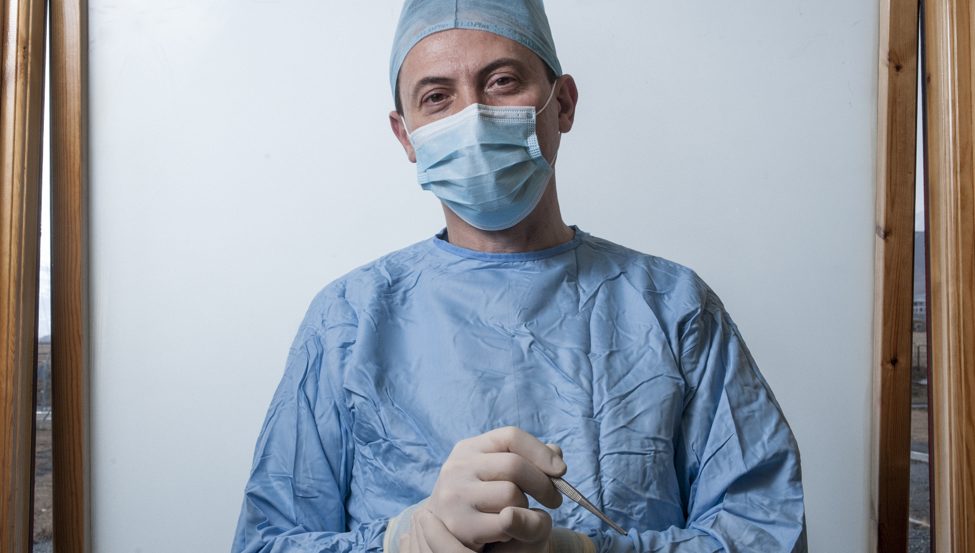 Many in Armenia know Dr. Asatur Hovsepyan as the “man behind the Mobile Eye Hospital”, the primary eye surgeon who has been treating patients aboard the Armenian EyeCare Project’s mobile clinic since it was delivered to Armenia in 2002.

Since being named Chief Surgeon and Medical Director of the AECP Mobile Eye Hospital by AECP Founder and President Dr. Roger Ohanesian, Dr. Hovsepyan has performed over 10,000 surgeries – most of them cataracts – aboard the infamous “eye clinic on wheels.”

As the physician who undeniably performs the most cataract surgeries in Armenia, it was clear to the EyeCare Project that Dr. Hovsepyan – and by association the patients in Armenia that he treats — could benefit tremendously from learning of the industry’s latest updates and advancements in cataracts. 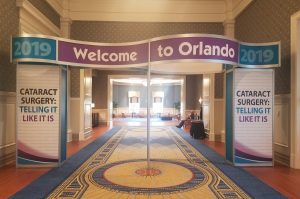 With sponsorship provided by the Armenian EyeCare Project, Dr. Hovsepyan had the opportunity to attend “Cataract Surgery: Telling It Like It Is,” a medical conference on his specialty of cataracts held in Lake Buena Vista, Florida from February 6-10, 2019.

“In our continued effort to keep Armenia’s eye specialists up to date in modern treatments of ophthalmic care, the Armenian EyeCare Project brought Asatur Hovsepyan to Florida to attend a well-known conference that deals in realities associated with cataract surgery,” Dr. Ohanesian said. “‘Dr Asatur,’ as he is known throughout Armenia, is one of the most well-known ophthalmic surgeons for his work on the Mobile Eye Hospital and has been vital to the program’s success.”

The conference, which has been running for nearly a decade, was put together to provide top-quality, cutting-edge medical education to ophthalmologists and medical residents alike through what it calls its “greatest asset” – over 50 expert faculty and teachers who deliver updates and perspective on cataracts to attendees while also offering insight and useful pearls geared toward making conference-goers more knowledgeable and confident surgeons. 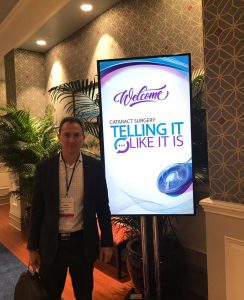 Dr. Hovsepyan agrees that the wealth of knowledge available at the event was its greatest strength. “The speakers and attendees are some of the best in this industry so I felt very fortunate to be in the same room as them and to be able to learn from them,” the Armenian ophthalmologist says.

As for what he learned, Dr. Hovsepyan says: “I was able to learn more about the latest advancements in cataract surgery and how I can adopt those new practices. I also learned more on what not to do, which is just as important. And best of all, I am able to take all this new knowledge back with me to Armenia.”

Here, Dr. Hovsepyan reflects on a phrase he’s learned. “What is that American saying?” he asks. “‘The best is the enemy of the better.’ We, as the doctors of Armenia, have to do what we can to get to the best.”

The Mobile Eye Hospital has long been considered the hallmark of the Armenian EyeCare Project. It’s the massive piece of machinery that brings eye care to the most vulnerable populations in Armenia: those on the poverty list who often live in outlying regions of the country and cannot travel to the capital for care. 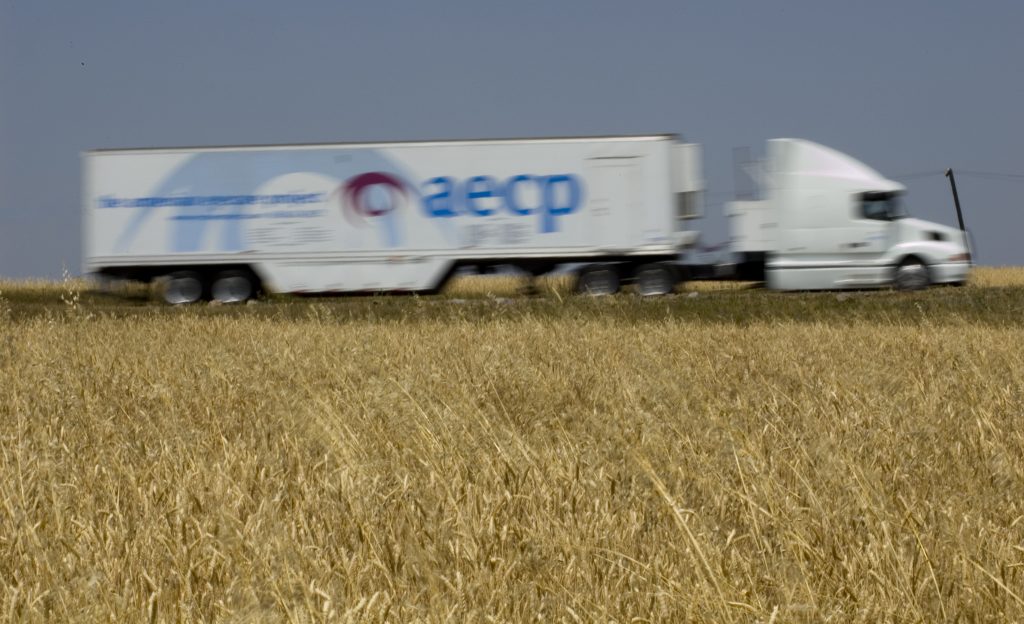 The “eye bus,” as it is lovingly called among Armenia’s residents, travels throughout Armenia – to its many towns and provinces – and provides eye screenings and treatment to those who would otherwise be without. With its state-of-the-art operating room and two fully equipped exam rooms, to date, the mobile clinic has helped screen over 400,000 patients and has allowed over 20,000 Armenians to receive sight-saving surgery at no cost.

As its chief surgeon, Dr. Hovsepyan performs most of these surgeries and travels where the Mobile Eye Hospital does, often having to leave his wife and four children in Yerevan for months at a time so he can provide care to thousands across the country.

When asked about this, Dr. Hovsepyan says: “There are moments when I miss my family terribly… but the need for eye care and cataract surgeries in particular is great in Armenia so we have to get it done.” 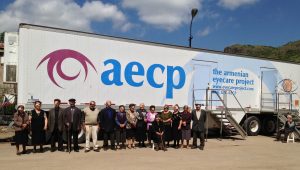 He remembers one case in particular, when a middle-aged man from the town of Goris visited the mobile clinic. The man had already gone blind in one eye and could barely see out of the other. “We knew the results would not be ideal but we told him we’d do the best we could,” Dr. Hovsepyan says. “We performed the surgery and were able to get some vision back in one eye. When we removed the bandage, he was so grateful to be able to see from that small area of his eye, it was as if all his vision had returned. That pure gratitude he projected has stayed with me until now.” 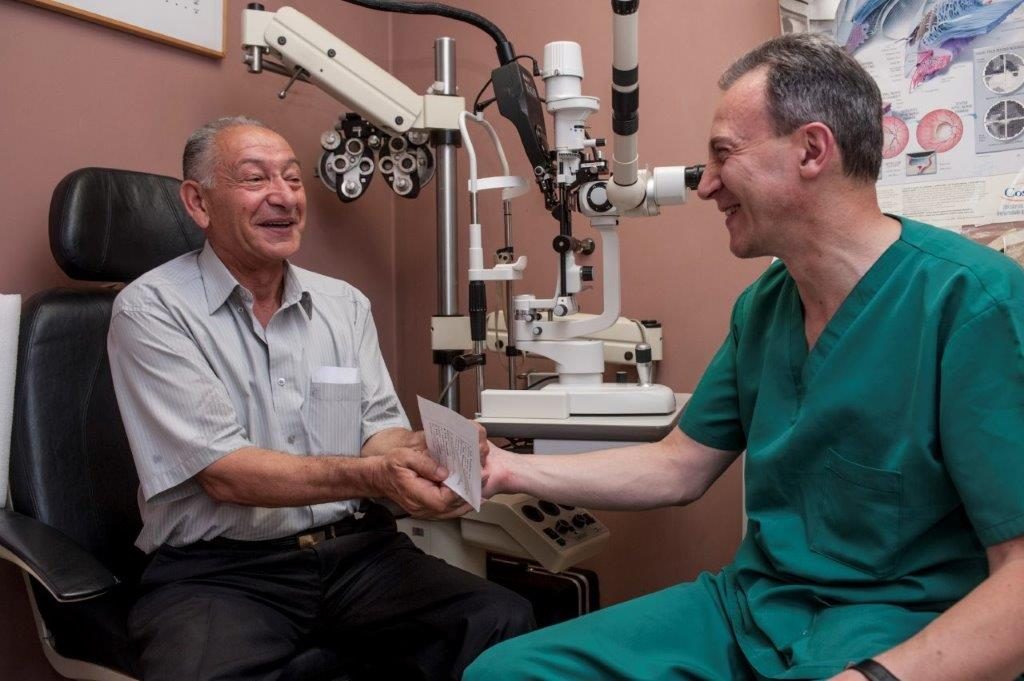 Dr. Hovsepyan is grateful himself — for the opportunity to serve his fellow countrymen in Armenia through the Mobile Eye Hospital and also for the advanced medical education available to him through the Armenian EyeCare Project.

“I’m extremely thankful I had the opportunity to attend this event,” Dr. Hovsepyan says of the recent cataract conference in Florida. “These conferences make a big difference in the quality of care us Armenian ophthalmologists are able to provide in Armenia.”

Medical education and training has always been the cornerstone of the EyeCare Project and its many programs. The ultimate goal: to have physicians in Armenia deliver the same quality care equal to that which is available in the U.S. and other developed countries. With opportunities like this, Armenia gets closer every day.