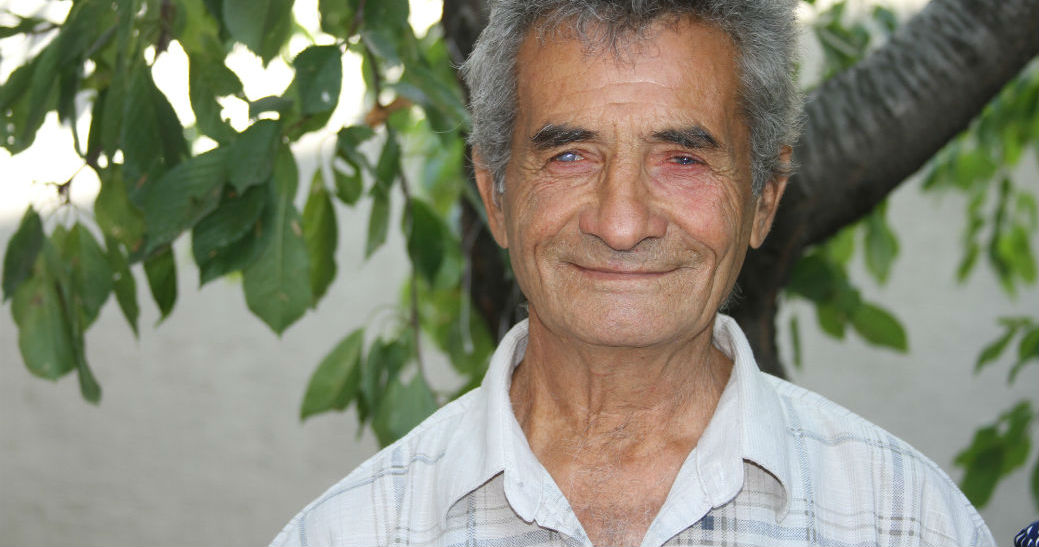 In 2016, the Armenian EyeCare Project noticed an incredible need for cornea transplants among patients in Armenia. So we began a Cornea Transplant Program, asking donors to sponsor the surgery for those who needed it — a cost of $800 for one procedure. Over 75 Armenians have regained their sight through this program and there are many more on the waiting list. Below are the stories of three Armenians who recently received transplants thanks to one generous donor who sponsored their surgeries last November. Because of Ms. Armeney Kourdjian Mazian, these three Armenians have regained their sight. 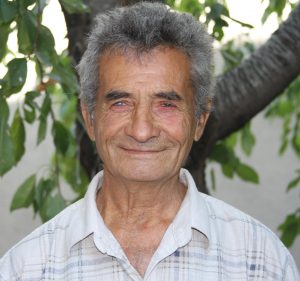 “Now I can distinguish silhouettes,” Zakar Mirzoyan says. “And I have high hopes for my vision in the future.”

Zakar is one of few patients in Armenia whose body does not easily accept cornea tissue. So, through the years, ophthalmologists in Armenia and the Armenian EyeCare Project have worked together to help Zakar with his complex case so he can regain his sight.

As an Armenian citizen with disability, Zakar was enrolled in the AECP’s Cornea Transplant Program for socially vulnerable people in 2017. The first two corneal transplants that Zakar underwent brought only temporary relief. A short time after his last surgery, Zakar’s vision had deteriorated yet again so his ophthalmologist, Dr. Ani Hambardzumyan, suggested he undergo surgery one more time.

By the end of December 2018, Zakar got the third surgical treatment for his left eye. It seems, in this case, the third time was the charm. “After complete and utter blindness I finally saw the light,” Zakar says joyfully. “And I’m told that my sight is going to improve even more through the coming months!”

Zakar’s wife is also elated with the results of her husband’s recent surgery and she thanks those who made his successful procedure possible. “Living in blindness is an experience no one should have,” she says. “All his life, my husband has been a positive person, but his lack of vision really drove him down. Words cannot express our gratitude for the support we received through the AECP! Zakar’s vision is slowly returning and I’m infinitely grateful to the benefactor for bringing my husband back to me.” 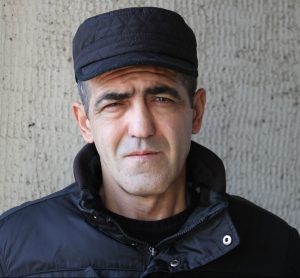 “I had to sell my car due to my vision problems,” Samvel says. “I lost a big part of me.” This was the first response Samvel Hakobjanyan gave when asked about difficulties related to the deterioration of his vision.

Samvel has been driving his entire adult life and now has a hard time making his way around the city. “I have gone through many difficulties in my life but the last few years have been the worst for me,” he says. “I would work only during the day because by nighttime I could barely see. I would make my way home by touching and feeling objects as I walked through the streets.”

A few years ago, Samvel was diagnosed with macular corneal dystrophy, a rare hereditary condition. His eye disease has affected him greatly, both on a physical and psychological level. “I’ve always had problems with my sight,” he says. “It began 20 years ago when I came back home from military service. My eyes always felt discomfort from daylight. Though I was aware that my grandfather had these same vision issues, I didn’t pay much attention to it until my vision deterioration had become severe.”

As Samvel’s eye disease progressed and his condition worsened, he could no longer move independently and was given disability status by the government. When Samvel visited the Malayan Ophthalmological Center in Yerevan, his physicians informed him about the AECP’s Cornea Transplant Program, which links in-need patients with sponsors for their surgery. Because of one generous donor’s recent support, Samvel was able to undergo a corneal transplant surgery on his left eye in December of 2018.

In the following months after his surgery, Samvel reports that his left eye is getting better every day and that he is following doctor’s orders with eye drops and medication. Though Samvel acknowledges that it will take time to fully recover, he’s confident that his vision will be completely healed soon. He is eager to get back on his feet so he can help his family and be of service to his country once again.

“The difference in my eyesight before and after surgery is tremendous,” he says. “Please accept my greatest thanks to the AECP and to the distinguished donor who made my surgery possible.” 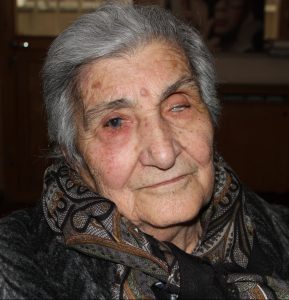 “I will do anything to get my vision back,” Roza told ophthalmologist Dr. Anna Hovakimyan while they spoke of her need for a corneal transplant.

Fifteen years prior, Roza had lost vision in her left eye because she refused to get eye surgery. She couldn’t bear the thought of having a doctor perform surgery on her eye. Hence, for so long, Roza relied only on one eye for her sight — until last year when she went completely blind. “I became completely dependent on my family’s support,” Roza said. “Even going to the bathroom required help.”

Throughout her life, Roza has experienced many troubles. Born and raised in Azerbaijan, she was once happily married and lived a comfortable life. But that completely changed in 1988, when her family had to flee to Armenia due to the pogroms in Azerbaijan. “We were forced to leave everything behind,” Roza remembers. “We had to seek refuge in Armenia. We came to a small apartment, lived in poor conditions due to our financial instability and became dependent on the support that kind people offered us.”

Fortunately, with time, Roza’s family became more comfortable in Armenia and life gradually improved in their new home. With four children, 10 grandchildren and 18 great grandchildren, Roza remembers happy times.  She says the only thing that has really bothered her is her sight.

“Five years ago I underwent a corneal transplant on my right eye and it was quite successful,” Roza says. “But that was when procedures weren’t as expensive as they are today.” Roza says the high cost of surgery has been the only reason she has not kept up with her necessary follow-up procedures.

Luckily, because Roza is a part of Armenia’s disability list, she is qualified to receive corneal transplants at no cost due to the AECP’s Cornea Transplant Program, which pairs vulnerable individuals in need of a transplant with donors who sponsor their surgery.

“February 1, 2019 became my second birthday!” Roza says joyfully. That is the day Roza received her much-needed corneal transplant surgery. Her physician, Dr. Anna Hovakimyan, reports that the surgery was a success and that Roza has already gotten vision restored in her right eye.

“Now I can see the beauty of people and I can finally enjoy the life around me!” Roza says. “I am forever thankful to the kind donor who helped me regain the best gift of life at the age of 89!”