Teenage Boy in Armenia Gets Cornea Transplant, Along With Two Others In Need

In 2016, the Armenian EyeCare Project noticed an incredible need for cornea transplants among patients in Armenia. So we began a Cornea Transplant Program, asking donors to sponsor the surgery for those who needed it — a cost of $800 for one procedure. Over 70 Armenians have regained their sight through this program and there are many more on the waiting list. Below are the stories of three Armenians who recently received transplants, including Ashot, a courageous teenage boy who now looks to his future. 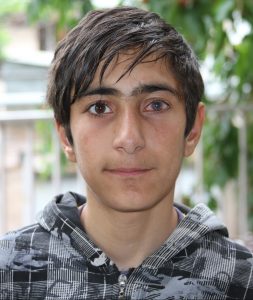 Bearing the name of the Armenian monarch Ashot II, who is remembered by the epithet “Yerkat” (or “Iron” in English), Ashot Baghdasaryan has the same strong will and courage as his namesake. At age 15, Ashot almost lost vision in his left eye and because of corneal damage, was at the risk of losing the eye entirely.

Despite the difficulties he has faced, Ashot remains optimistic about his future. “I don’t attend school now because of my poor vision, but I am sure that after treatment I will be able to return to class,” he said.

Four years ago, Ashot was diagnosed with keratoconus. Though he followed all his doctor’s orders, he continued to lose vision in his left eye. As of late, his condition has worsened and he needed immediate surgery to save his sight. The doctor’s diagnosis sounded like a verdict of blindness to Ashot’s mother, Araksya, who has raised her child as a single mother and could barely cover their daily expenses with her work as a nurse in a local hospital.

When she learned about the Armenian EyeCare Project’s Corneal Transplant Program, which allows donors to sponsor corneal transplants for patients in need in Armenia, Araksya immediately applied for help. The response followed quickly and the doctors performed Ashot’s corneal transplant.

“I am so happy that we were able to escape the danger of losing his sight,” Araksya said. “My son is recovering quickly. He can already see with his left eye! We are so grateful to all the people who supported us in this difficult time.” Following his surgery, Ashot has returned to school as he had hoped and is looking forward to continuing his new life with restored sight! 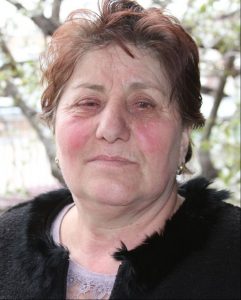 “A trolleybus became our shelter for 11 long years after the Spitak earthquake in 1988 destroyed our home,” Haykush told us. For many years Haykush and her family dreamed of having their own home again, but unfortunately they could not afford to buy anything. Now Haykush and her husband live in a rented apartment in Gyumri.

Two years ago Haykush’s vision started to deteriorate. She was diagnosed with a cataract in her right eye and underwent surgery for the condition, but the procedure caused a corneal injury that impeded improvement of her vision. For several months, terrible pain in Haykush’s right eye has caused significant disturbance to her health and her everyday life. The only possible solution for Haykush was a corneal transplant as the medicinal eye drops she had been taking were no longer helping her condition. Unfortunately, her family could not afford the expensive procedure.

“I was so upset and I didn’t know what to do,” Haykush said. “Just at that time, my doctor, Dr. Anna Hovakimyan, told me about the AECP. I couldn’t believe there was the possibility of free surgical treatment, and that I was able to benefit from it.”

Haykush was able to get corneal surgery in her right eye at no cost and is now on the road to recovery. “Words are not enough to express my gratitude to the kind doctors and AECP staff,” Haykush says. “This surgery relieved the unbearable pain in my eye and my eyesight has significantly improved. Now I can devote myself to my family, including my daughters and my beautiful grandchildren.” 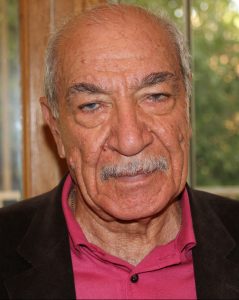 All his life, Edik has tried to help people as much as possible. In the early 1990s, when Armenia was going through difficult times, he helped a local kindergarten stay open by searching for fuel to heat the facility and putting together meals to feed the children. It was the only kindergarten in the whole country that was able to remain open during that dark time.

In 2010 Edik’s wife, Valeria, passed away from heart disease. Since then, Edik has been living alone in their house. His daughter helps care for him, helping to prepare meals and manage the house and her support became critical when Edik started to experience vision problems a few years ago.

“First came cataract and then keratopathy in both eyes,” he said. “My poor vision deprived me of my independence, which was a horrible feeling for me.” Though Edik wanted to change his situation, he was doubtful about the corneal transplant doctors said he needed because he had previously experienced an unsuccessful surgery. Fortunately, he overcame his fears and underwent the surgery last summer.

“For the first time in years I was able to go downstairs without any assistance,” he says. “The corneal transplant on my right eye has been very effective. I can feel my vision returning. It has been the greatest feeling that I have experienced in years!”

Edik is thankful to the Armenian EyeCare Project and our Cornea Transplant Program for making his surgery a success and providing the procedure at no cost. “Thanks to this amazing program, people like me have a chance to regain their independence through restored vision,” he says. “Thank you very much.”