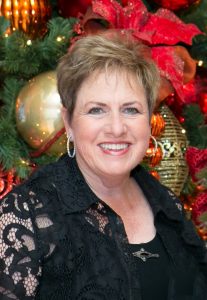 Meredith Khachigian was elected chairperson of the Board of Regents of the University of California for three terms, serving as leader of the Number One public research university in the nation and overseeing a $15 million budget. A consultant in community and public affairs, she has served as president of Human Options, a shelter for battered women, president of the U.C. Santa Barbara Alumni Association, and chairperson of the U.C. Irvine Foundation. She is also a founding member of the U.C. Merced Foundation and is the former executive director of Vital Link-Orange County, a group that matches high school students’ education with the needs of their future employers. Khachigian received her bachelor’s degree from the University of California, Santa Barbara, and is the recipient of numerous awards including the Chancellor’s Medal and Distinguished Alumni Award from the University of California, Santa Barbara, the 1998 Extraordinarius Award from the U.C. Irvine Alumni Association, the U.C. Irvine Medal, and the National Association of Women Business Owners’ Pioneering Woman of the Year.